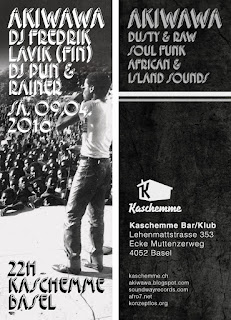 Fredrik Lavik has been DJing all over Norway/Finland since many years and digging for records whenever he was traveling abroad. He started his first Label Jazzagression Records in the early 2000s, releasing lost Jazz recordings. In 2007 he was spending his holiday in Kenya with his wife. On the last day before flying back home, he stumbled across a ‘small’ pile of records, a lost stock collection of about 25’000 dusty Kenyan singles at a woman’s house just outside Mombasa. What a find! Guys, never underestimate a woman’s record collection. 3 Years later he acquired the whole lot for a healthy sum and got it shipped home. In 2013 after an intense time of cleaning and listening, he started his website Afro7.net. Besides presenting the jewels of the musical scene of Kenya and Tanzania from the 70s and 80s, there’s a tons of background information to read while listening to the clips. The same year he collaborated with Miles from Soundway Records and released the incredible “Kenya Special” compilation, a collection of Kenyan rooted unheard sounds, hand-picked from the ‘small pile’ he got. Kenya Special Volume 2 on Soundway Records is in the works and planned to be released by the end of 2017.

Recently Fredrik started another Label named after his website [Afro7]. So far he released an utterly deep & raw collection of extremely rare Somali Sounds on a double album and a Kenyan disco twelve-inch by the Kiru Stars with extra long edits to suit any dancefloor. A series of 7inches is in the pipeline as well. All the 7 and 12inch singles are highly limited and beautifully packed in silk pressed outer covers… sneak preview: one side of a forthcoming Kenyan split 7inch release hails from the vaults of one of the Basel based Konzeptlos guys, watch out for it!


The re-discovered Kenyan Benga and Cavacha Sounds with influences of raw funk, soul and disco, have taken over global dancefloors by storm. The music begs to be played out loud. It was a logical consequence that dancefloor labels like Sofrito put their hands on them, like the head noddin’ Tropical Treats edit of the Rift Valley Brothers killer tune “Mu Africa”. Tonight at AKIWAWA these sounds are presented in their original, unedited and unfiltered way: raw, dusty & crackling! Be prepared for an ultimate Kenyan experience!  Fredrik Lavik will be playing some of his most loved East African treasures among others, together with DJ Pun & Rainer. Expect a night full of extra hissing, sizzling and dancefloor fiery Benga, Cavacha, Afro-Rock/Funk /Beat tunes with some Island tunes thrown in…   Old dusty plates only, sorry! 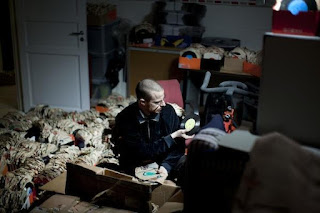 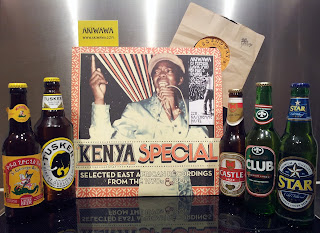 Posted by akiwawa at 2:41 PM No comments: